Ever So Consistant Figlio 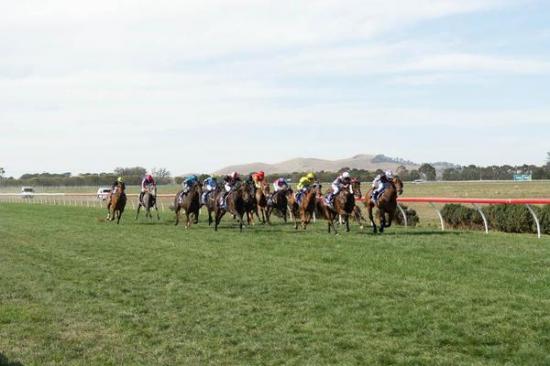 What an exciting victory it was for the consistent Figlio at Terang, the four-year-old conceding his rivals quite a few lengths after a slightly tardy start. Beginning his run out wide from the 600m, the Written Tycoon gelding was patiently steered by Jack Martin who kept him steady as he made his winning move late in the straight, diving right on the line. "Half way up the straight I thought maybe he was being a bit too patient!" Rick laughed. "But he got the horse into a nice rhythm and he didn't over-race which is key to him." A horse who has been known to race a bit keenly, Figlio is still learning but he has good ability as evidenced by his record of two wins and seven placings from just 15 starts. "He can be a bit hard-going," Martin said, "but there was a bit of speed on today and I was happy for him to be where he was. He did get a little keen coming to the corner but he was just too strong for them late." A home-bred for the stable, Figlio is the first foal produced by the two times winning Black Hawk mare Wingasinga Who Rick Also Trained. Served last spring by Moshe, she hails from the family of the tough stakes winners Forehand, Kenconcarne, Elliotto and Ready To Rip.