IMPORTANT NOTES From 1 August 2017 the Australian Rules of Racing will enable both the introduction and operation of the Trainer and Owner Reforms (TOR). The TOR introduces the TOR Rules (which are part of the Australian Rules of Racing), a standard agreement between owners and trainers, and a standard agreement between co-owners. More information can be found at www.racingaustralia.horse.

§If the Managing Owner does not object to this Fees Notice within 14 days of it being provided, the basis for charging set out is deemed to have been accepted.

§It is not possible for the Trainer to indicate to the Owner in advance the exact total monthly/yearly cost for training a horse. This is because while some fees are charged at a fixed daily rate (e.g. daily training fee), others are variable (e.g. per treatment for veterinary services). Also, horses vary in the rates at which they mature and progress, including while on agistment and through each preparation, which can influence the total fees for a particular horse.

§Race entry fees are not included in this Fees Notice – they are additional to the costs set out herein. The Trainer should inform the Managing Owner of those fees as soon as practicable.

The following fees are as at the date of issue of this Fees Notice, and remain so until otherwise advised by the Trainer to the Owner in writing.

If the Trainer becomes aware that a fee estimate in this section is likely to be exceeded by 10% or more, the Trainer should notify the Managing Owner and explain why.

Notes: Charges incurred for any therapeutics, applications, tests, sampling, ointments and/or medicines applied to the horse for specific treatments will be identified on the Training Invoice issued to the Owner for reimbursement, in addition to the charge for any General Examination.

2 year olds may have lower costs than 3+ year olds given: (i) the level of development required to race; and (ii) the overall life cycle of the horse.

For other than emergency treatment, prior approval will be sought from the Owner where an individual treatment will likely exceed $3,000 (plus GST) in cost.

RACE ENTRY, NOMINATION, ACCEPTANCE, NON-ACCEPTANCE AND SCRATCHING FEES Race entry fees are not included in this Fees Notice – they will be additional and depend on the race. The Trainer should inform the Managing Owner of these as soon as practicable once known.

All race nomination, acceptance, non-acceptance and scratching fees are set by PRAs and/or Race Clubs, and are passed on to the Owner/s at cost. They should be checked with each relevant PRA or Race Club. In [insert state or territory], they are set out at: [insert link]

Note: Prizemoney splits, and threshold amount from which they take effect, are subject to discretion of PRAs. 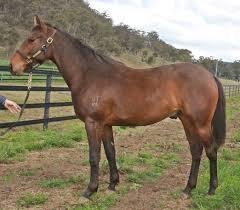 New inclusion to the stable

Jul 29, 2020 What a legacy it is that has been left by Japan’s superstar stallion Sunday Silence - the Kentucky Derby hero breaking all records enroute to becoming Champion Stallion on a
Read More →

Jul 29, 2020 How great it was to have the talented Saorsa back in winning form at Pakenham on Friday, the five-year-old enjoying a drop in grade off an unlucky but good effort at Mornington
Read More →